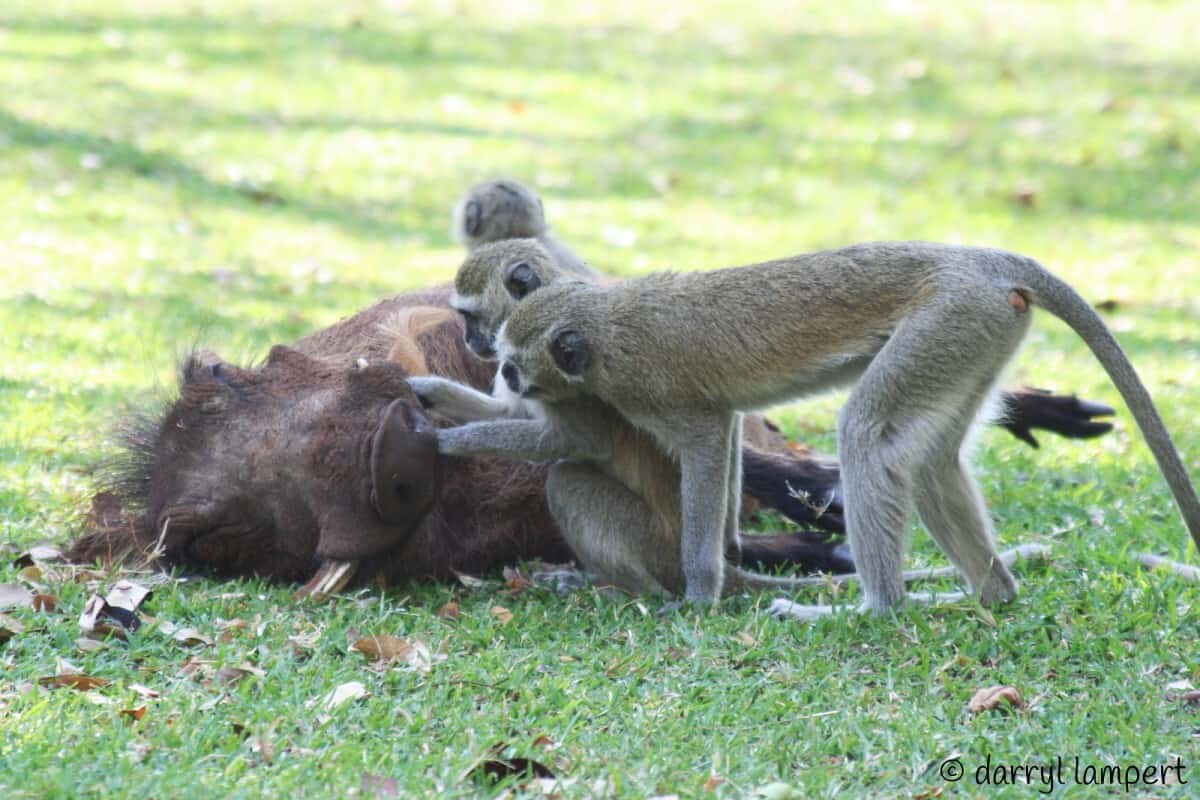 While visiting Lokuthula Lodge in Victoria Falls, Zimbabwe, Darryl Lampert and his wife witnessed some amazing symbiosis between a warthog and a troop of vervet monkeys. What they saw is proof that monkeys and possible other primates will groom other species of animals.

Situated just 4km from the mighty Victoria Falls, Lokuthula is surrounded by 80,000 hectares of unspoiled African bush and borders the unfenced Zambezi National Park. The camp is not fenced and the animals roam freely within the property.

One afternoon whilst Darryl was relaxing next to the pool, a female warthog appeared on the far side of the pool under the shade of some trees. She was just standing around waiting. A short while later a couple of vervet monkeys arrived and one of them skirted around her and hopped onto her back.

At this stage Darryl took out his camera and started shooting. The vervet on top of her started grooming her back and neck. A couple of minutes later, the second vervet started tweaking her tail and nipples. The warthog lay down and the grooming continued.

They were grooming her entire body with both hands and teeth. One of them moved to her face and soon had its hands inside her mouth checking her teeth and tusks. A third vervet arrived to assist the “dentist” and at times both of them had their hands in her mouth. The whole thing lasted about 20 minutes, when the warthog clearly felt her treatment was at an end and got up and left!

After doing a bit of searching online, there are a number of examples of monkeys grooming domestic animals such as dogs and cats (see videos below) however I was unable to find any evidence of wild monkeys grooming another wild animal such as a warthog! So it seems as though Darryl and his wife had a very rare sighting indeed!